Rutherford County Government will soon launch a new campaign geared toward showing appreciation to various groups of professionals and the community as a whole for their navigation of challenges experienced during the pandemic.

The campaign is called “#ThankRCHeroes”.

“Nurses, doctors, public safety, teachers—these groups are some of those that standout who have had to make some very significant changes to how they perform their jobs,” said Public Safety Director Chris Clark. “There are certainly other groups as well, and our intent is to also acknowledge them through the campaign.”

“Our community has truly displayed its resiliency over the last 18-22 months,” said Mayor Bill Ketron. “Everyone deserves to know they are appreciated, especially when times are tough.”

Rutherford County will be releasing new #ThankRCHeroes themes via Facebook each week and needs the community’s help to get it rolling.

The County asks that citizens create a short, 15-20 second video thanking their favorite “RC Hero” and post to their social media using the hashtag—“ThankRCHeroes.” Still photos are also acceptable with the same hashtag.

“We will be collecting the videos and photos over the course of the campaign,” said Clark, “and RCTV will produce a compilation video at its conclusion.”

The campaign will launch Monday, October 4 and different themes will be posted every Monday and Thursday for the next several weeks.

Themes are meant to inspire, but the community is welcome to thank the hero or heroes of their choosing outside of the theme period. 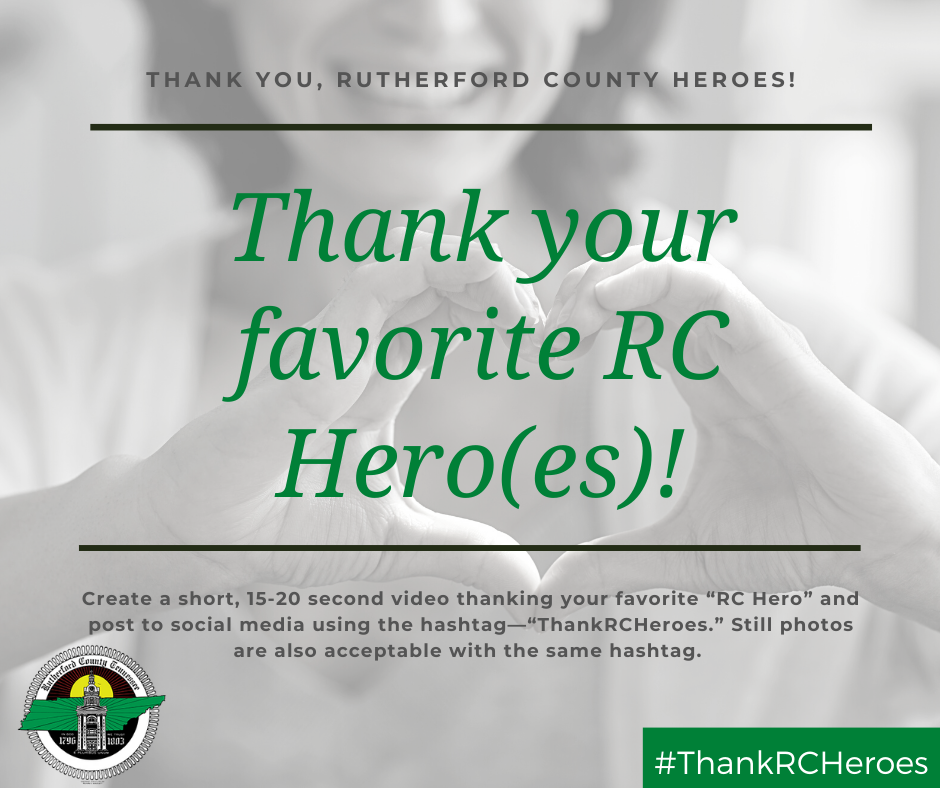